What Is Trash Polka Tattoo Style? 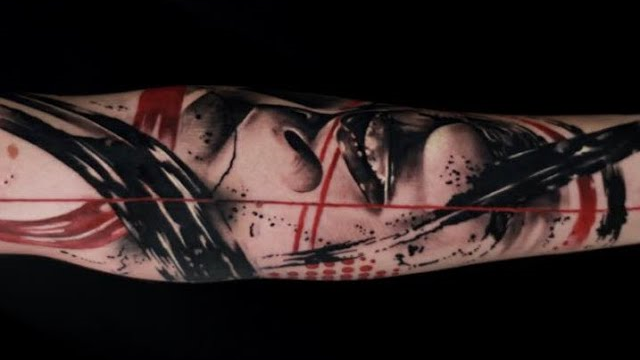 What is trash polka tattoo style? – 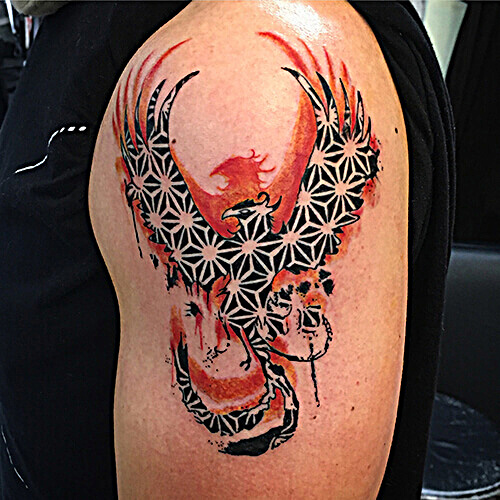 Trash polka is a one-of-a-kind tattoo style that is gaining traction among tattoo lovers. Simone Pfaff and Volker Merschky, both tattoo artists in Würzburg, Germany, came up with the Trash Polka tattoo style. Trash Polka tattoos are a mix of naturalistic, photorealistic, and surrealistic designs, along with graphic, lettering, and calligraphic elements.

Aside from black and red, other colors used in the trash polka tattoo styles include blur and black. To generate the optical impression, artists use a variety of color contrasts, such as complimentary contrast. In addition, this type of body art incorporates a mixture of abstract and realistic features.

What are the rules of Trash Polka tattoos?

Trash Polka is, hands down, the most recognizable and unique tattoo style out there. With heavy influences from fine art and bold graphics, it’s a style of ink that’s slowly gaining traction in mainstream Western tattooing. We’re providing an in-depth look into this tattoo style, from what it is, to what makes a design Trash Polka, to where to start with a design idea.

Trash Polka tattoos have a very recognizable color scheme – they’re only done using black and red ink. Some tattoos use Trash Polka inspiration, substituting the red for another color, but a true Trash Polka piece is black and red. These designs are created with an overall theme in mind, much like a painting, but created as a killer collage-style tattoo incorporating various elements of the overarching theme. Trash Polka was created in Würzburg, Germany in 1998 by graphic designers-turned-tattoo masters Simone Pfaff and Volko Merschky at Buena Vista Tattoo Club. Serbian artist Milan explains that “both of them are primarily designers (Merschky studied interior design, and Pfaff studied graphic design), who began tattooing. They [basically] decided to combine their talents from outside of tattoo studio into the new and unique style”.

Merschky himself describes Trash Polka as “realism and trash; the nature and the abstract; technology and humanity; past, present, and future; opposites that they are trying to urge into a creative dance to harmony and rhythm in tune with the body”.

Trash Polka and its description are unofficially trademarked by the duo, but this unique and bold tattoo style is steadily gaining international attention. Jero , a tattoo artist in Madrid, first heard about Trash Polka when he was living in the UK. He noticed a new tattoo style popping up, “…I started noticing this style in the early 2000’s; its chaotic style always grabbed my attention”.

The eye catching juxtaposition focused artwork made its way across the pond throughout that decade. Fort Lauderdale tattooist Mully first became aware of the style around 2010, thanks to the Internet, when he, “came across the artwork of Volko & Simone…and fell in love immediately”.

He has an affinity for European artists and the “looser, painterly style of tattooing”.

What is the meaning of Trash Polka tattoo?

Technique [ edit ] – Trash polka is a mixed media form of tattooing that is created with various, non-limited components. [5] Detailed photo-realistic portraits can be displayed in conjunction with graphic elements such as large black areas, brush strokes and geometric or abstract shapes.

[6] [7] The tattoos are mainly in black and red, but other colors can be used as well. [8] It is often referred to the use of color contrasts known in the art, such as a complementary contrast, that creates the optical effect.

[9] [10] Abstract designs that are combined with realistic motifs is a key point of the tattoo style. It is common for lettering to be included in the tattoos with distinctive varieties of fonts. The majority of original Trash Polka tattoos are done as large scale pieces in order to suit the motifs and elements.

How Will Trash Polka Tattoos Age? – Red and black ink are the  trademark colors of Trash Polka, and the bad news is – they are notorious for fading. Regardless, both colors are often used in tattoos that tend to hold up well to aging, especially in the traditional American tattoo style as well as Japanese Irezumi style.

The dark black that you always see in trash polka tattoos will evidently be greyer in a few years, possibly changing the overall look of the tattoo. This means that you will probably have to consider and count on regular touch-ups.

What types of tattoo styles are there?

What are Mandala tattoos? 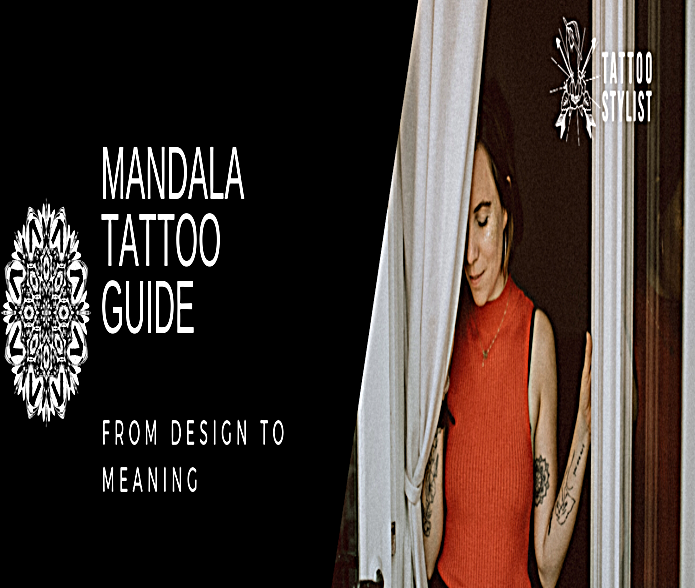 There is an endless variety of tattoo designs out there, and each style carries its own unique meaning and symbolism. One type of meaningful tattoo is the mandala tattoo. Mandala is the Sanskrit word for “circle. ” Mandala tattoos are comprised of many different overlapping circles and shapes. This unique design represents balance, eternity, and perfection. These are common designs, though no two mandala tattoos like exactly alike.

In this guide, we’ll share everything you need to know about mandala tattoos from meaning to design. One of the most popular types of mandala tattoos is the lotus mandala. This is a mandala that’s in the shape of a   lotus flower. The mandala design itself dates back to ancient India as a symbol used for meditation and healing, but they’re not limited to this part of the world. 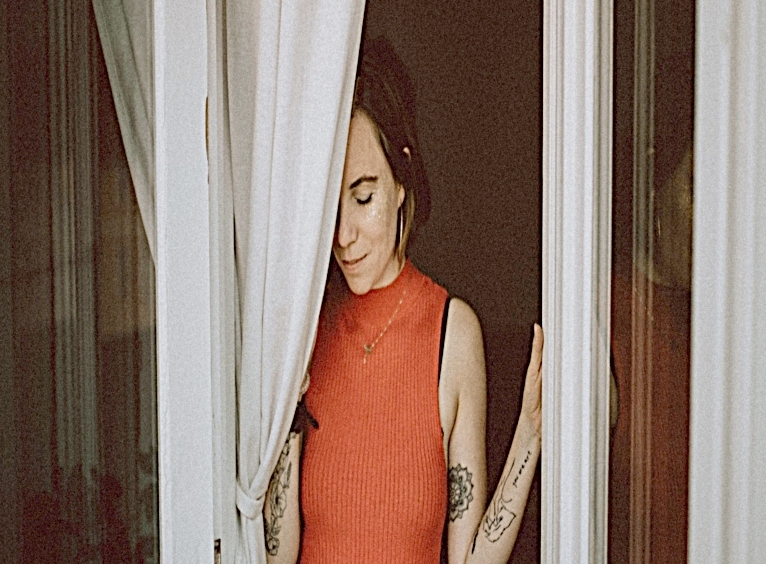 What does a red tattoo symbolize?

Red Is The Color Of Passion, Love, Blood, & Fire – David Buchan/Getty Images Entertainment/Getty Images Think of all the things the color red represents. It connotes passion, love, blood, anger, and fire. Those are all things that can consume and destroy you.

They also make life thrilling. Perhaps Jenner chose to go with red ink as a contrast to the tattoo’s meaning. The insanity of her passions and her life are tempered by the red-etched “sanity. ” At the end of the day, the color red can symbolize any or all of those things and are run through the filter of Jenner’s life experiences.

Kevin Kane/Getty Images Entertainment/Getty Images Plus, you can apply what Taylor Swift said about naming one of her albums Red to Jenner’s life in much the same way. At the time she revealed the album title, Swift said, “All those emotions — spanning from intense love, intense frustration, jealousy, confusion, all of that — in my mind, all those emotions are red.

What is traditional Japanese tattoo?

A common passion in tattooing that owners Alex,   Ryan and Nathan share, is their love of Japanese tattooing. This extends to other artists at the studio as well who have joined the crew in order to learn and develop their craft by working alongside like­minded tattoo artists.

But more specifically, the traditional Japanese tattoo style is referred to as Wabori. Traditionally this was done by hand using needles fastened to bamboo sticks, and is referred to as Tebori which means hand ­carved or engraved. This method is still practised today, although the outlines are almost always done by machine.

What is new school tattoo designs?

Arm tattoo of an octopus done in the new school style New school is a tattooing style originating as early as the 1970s and influenced by some features of old school tattooing in the United States. The style is often characterized by the use of heavy outlines, vivid colors, and exaggerated depictions of the subject. New school also represents a transition towards openness in the sharing of techniques in tattooing.

What is neo tattoo?

Neo-Traditional tattooing is a style that involves bold outlines, a bright but limited color palette, and less shading. It shares many similarities with American Traditional tattoos but is less restrictive with imagery and more detailed with greater depth of dimension with the designs.

Do half sleeve tattoos hurt?

Is Getting a Sleeve Tattoo Painful? – Tattoos are always going to be uncomfortable, but the amount of pain you’ll experience will depend on your tolerance level. In general, sleeves don’t hurt as much as some more sensitive areas, but prolonged exposure can result in an unusual type of pain. 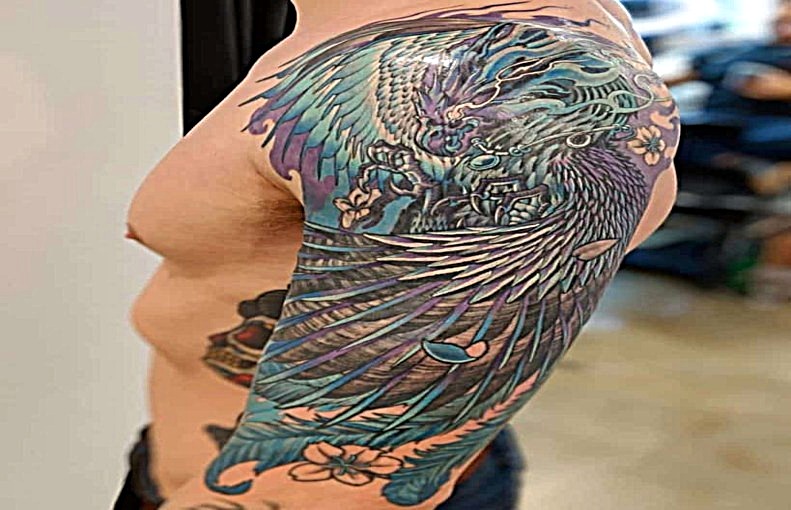 What is Surrealism tattoo?

What’s the most common tattoo?

Where is the least painful place to get a tattoo?

What is new school tattoo designs?

Arm tattoo of an octopus done in the new school style New school is a tattooing style originating as early as the 1970s and influenced by some features of old school tattooing in the United States. The style is often characterized by the use of heavy outlines, vivid colors, and exaggerated depictions of the subject. New school also represents a transition towards openness in the sharing of techniques in tattooing.

What are black work tattoos?

What is a blackwork tattoo? – A blackwork tattoo is a bold work of body art rendered in solid planes of black ink. Usually, these tattoos are composed of abstract patterns and geometric shapes, though some feature figurative forms and recognizable scenes and subjects. 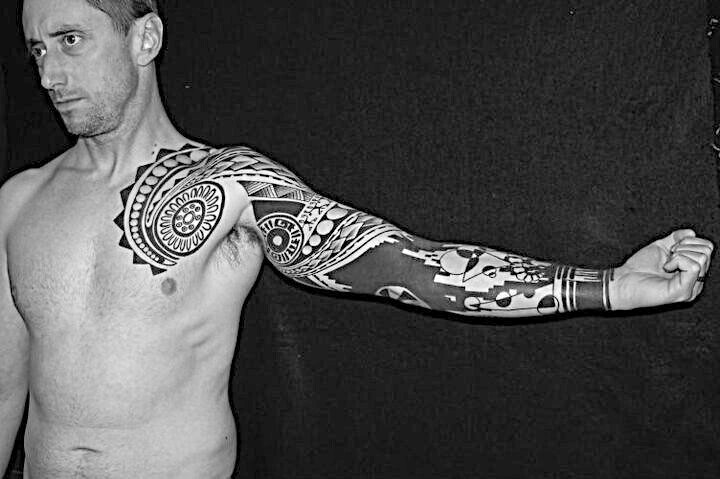 What is Surrealism tattoo?

What are geometric tattoos?

Geometric tattoos draw their simplicity from the use of common shapes – lines, circles squares, triangles. However, these simple shapes joint together form beautiful and intricate patterns that adorn so many tattoo lovers around the world.

How Much Is It To Laser Off A Tattoo?

What Do I Do After I Get A Tattoo?