What Is Fine Line Tattoo? 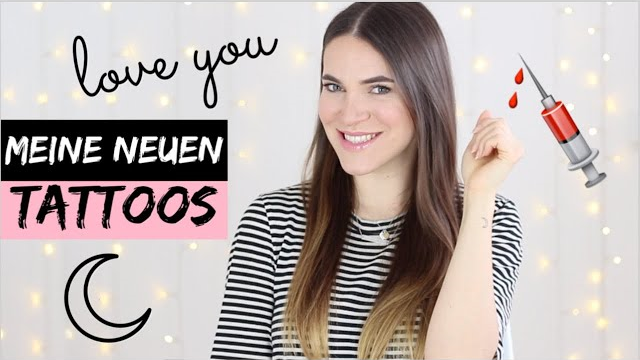 What do fine line tattoos mean?

Thanks to the advancements in tattooing technology, tattoo artists today are capable of producing designs that are more and more detailed and interesting. This tattoo style is known as fine line tattoo style and these designs are meant to resemble the look that technical pens can provide on paper.

Fine line tattooing is characterized by straight or curved lines that are very thin and there’s no use of gradations in shade or color. These tattoos emphasize form, not color, texture, or shading. Because of that, there can be many details included into the design without having it be overcharged.

This kind of tattoo is done using round liner needles, so it produces less pain than other bolder, thicker tattoo styles that require the skin to be penetrated deeper and longer. History of Fine Line Tattoo One of the many exciting things about tattoos is that they’re ever-changing and constantly evolving.

Plus, more people have learned to appreciate innovative trends and the the use of tattoos in general. Fine line tattoo style is quite a new trend in the industry and it has become popular for being such a graceful, elegant, simple yet intricate and rich style.

This tattoo style is characterized by a lack of color and a greater quantity of lines and details to portray an imagine. In fact, this is one of the most detailed tattoo styles out there. According to Dr. Woo, one of the first and most well-known fine line tattoo artists in the world, this tattoo style was born in Los Angeles.

Dr. Woo’s fine line style evolved through trial and error, and it’s now one of the most sought-after tattoo styles around the world. This incredible tattoo artists has had the pleasure on working for celebrities such as Drake, Bean Cobain, and Miley Cyrus.

The great thing about fine line tattoo is that it can be adapted to many different styles and that’s what artists already do. Dr. Woo’s aesthetic is different from that of other artists, for example, but they’re all engaging, elegant, and clean. Plus, fine line tattoos are highly customizable, meaning you can tell your own story with your tattoo.

This tattoo style provides a fanciful and fantastic approach, which is something that many people prefer. When you look at fine line tattoo inspiration, you find the use of geometric shapes, flowers, animals, and even fairies and other fantastic creatures.

Astronomy is also a popular element for fine line tattoos, skulls, snakes, and many more elements. This is because fine line tattoo has an ethereal aesthetic to it, very delicate, full of small details that are often done with a bit of pointilism and the use of lines, and it’s very simple, like a fine drawing.

Fine line tattoos can be personalized however you see fit and they can represent anything you wish. For people with a low pain tolerance, fine line tattoos are a great option because they will allow you to have intricate and detailed designs on your body without having to go through much pain.

This kind of tattoo is also perfect for people who fear tattoos traditional tattoos are too bold or they look too strong. Fine Line Tattoo Technique Fine line tattoos are generally small in scale and they use a monochromatic color palette.

The process is less painful because artists use round liner needles, and this is a great reason why it has become such a popular tattoo style. File line tattoos are not only less painful, they also put a lot less stress on your skin and they heal faster.

Provided, of course, that you take good care of your tattoo. The technique for fine line tattoos demands precision and a steady hand. With such stark linear outlines, there’s virtually no room for error because it would ruin the whole aesthetic of the tattoo.

So, it’s safe to say that when it comes to technique, the stakes are quite high with fine line tattoo. There should always be very little margin on error with tattoos, but fine line tattoo requires this to be taken a step further. The development of such a technique is due in great part to an artistic industry that’s more and more supported than ever before in history.

Not too long ago, tattoos were fawned upon and people held many prejudices. In some parts of the world, tattoos were even made illegal, so this restricted the growth of tattoo technique for quite some time.

Today, tattoos have become quite mainstream, which have allowed for technology and techniques to grow and evolve faster than before. In other words, fine line tattoos are evidence of the evolution of tattoos. Final Words Fine line tattoo style has completely revolutionized the tattoo industry because it caters to an incredibly wide audience.

However, there are many details involved and it’s undeniable that you need a great deal of technique to pull off this kind of tattoo!.

Do Fine Line Tattoos Fade? – As with all tattoos, some fading will occur with the ageing of the tattoo. Depending on the placement, some re-touching might be needed. Well done fine line tattoos, however, will not fade any more or faster than tattoos done in any other style.

What is the difference between fine line and single needle tattoo?

Some people even mistake fine line tattoos for “fake” tattoos drawn on the body in pen. Because they have such a delicate hand-done look, they almost seem like they came directly from a sketch-book in pencil.

How painful is a fine line tattoo?

You might experience less pain than you would getting a thicker tattoo. ‘They tend to hurt a little less for the most part because the grouping of needles is much smaller,’ says Winzer. ‘That said, I’ve definitely had a few fine ones that hurt just a much as a traditional tattoo.

How do fine line tattoos look after years?

‘Any design having only soft and dark grey … will fade over time more than solid black,’ says Sydney-based artist Maxime Etienne. ‘ When an entire design is only grey, it could have the look of a real old tattoo after just a few years. ‘ Tattoos on certain parts of the body can fade faster.

What kind of tattoos age the best?

What color tattoo lasts the longest?

So You Want A Fine Line Tattoo | Tattoo Styles

What Colors Last Longer in Tattoos? – Black and gray are the longest lasting color tattoos. These dark shades are dense and bold, making them less prone to fading. Vibrant and pastel colors like pink, yellow, light blue and green tend to fade faster. Credit: Instagram The shades commonly used in watercolors are very short-lived. Despite being incredibly popular, this style of tattooing requires frequent touch-ups. Credit: Instagram Credit: Instagram.

How long does a fine line tattoo take to heal?

According to Dagger, the fine-line tattoos you see all over your feed heal pretty quickly— up to around two weeks max, he says, since there’s less trauma to the skin. ‘With non-fine line tattoos, the healing process can take about two to three weeks,’ says Dagger.

How much do single line tattoos cost?

Finger – Considering a tattoo but not yet ready to commit to something large or colorful? Then a finger tattoo might be just what you’re looking for. For a simple outline design, these can be as little as $50-$100. But if you want something with detail or perfectly sharp lines, you can expect to pay as much as $500.

What style of tattoo hurts the most?

What hurts more linework or shading?

Tattoo Shading – Unlike outlining, shading isn’t necessary for every tattoo. Color and shading simply provide more dimension than line work. Contrary to what you might expect, many people report that the shading hurts significantly less than the outlining of the tattoo.

If you’ve already made it through your line work, pat yourself on the back. You’ve likely conquered the most painful part already. You can do this! That said, you should understand what is happening during the shading process.

It’s not the simple, single pass of an outline. Rather, your artist will be packing ink into your skin repeatedly, often for hours at a time, over the same area—which is why some people mistakenly expect it to be more uncomfortable than outlining. But remember: Outlining is very detailed, and your tattoo artist uses needles of a different size for the process.

What are the thin line tattoos called?

What are small line tattoos?

“Fine-line tattoos are daintier and less bold than a regular tattoo,” says tattoo consultant Tann Parker. “There’s a sense of, Oh, this is actually for me and not necessarily for it to be shown off. ” (Or, you know, take a billion selfies and show yours off to the world like I would.

What are those line tattoos called?

Fine Line – Fine line tattooing is one of the newer styles you’ll find in tattoo shops and has been achievable because of the improvements made with tattoo machines, inks, and needles. Artists today are able to add more detail and special effects to their artwork. Using a Busker’s business card, Eldrick was able to recreate his design in tattoo form for him.

What Age Can You Get A Tattoo In Oklahoma?

How Long After A Tattoo Can I Shower?