What Is A Flash Tattoo? 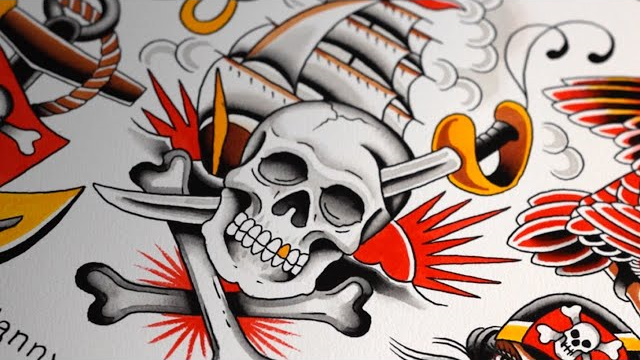 What is a Flash Tattoo? – A flash tattoo is a pre-made design that is done on a person in one session itself. These are slightly different from custom tattoos. These tattoos can be easily found on prints, posters, books, and similar material at tattoo shops and tattoos parlors. Flash tattoos can be classified into two types:

What does flash mean in tattoo?

If you’ve ever admired the tattoo designs displayed on the walls of a tattoo studio, then you know what a flash tattoo represents. A flash tattoo is a design on paper or cardboard, printed, and ready to be inked. While custom ink is gaining popularity over flash designs, many artists and tattoo veterans still hold the flash tattoo in high regard.

The original idea behind the flash design was to speed up the tattoo process by cutting down on consultation and design time. They were widely used in “street shops,” offering a large volume of generic tattoos to walk-in customers.

The designs are pre-drawn and ready to be inked, which can significantly speed up the length of time per customer and still create a unique handcrafted tattoo. Flash designs can be a useful source of inspiration for those looking for a tattoo idea, too, or those who are not quite sure where to start.

A picture says a thousand words, and it may be easier for some to modify a flash design than to try and explain their wishes from scratch. Flash art can also give you some excellent ideas you might never have imagined otherwise.

Flash tattoo design can either be inked as it is or modified slightly depending on the customer. Modifications are minimal, though. If you’re looking for significant changes, then a different flash design or custom tattoo designs might be the better option.

A flash artist is not necessarily a tattoo artist. These designers are talented but may never have wielded a tattoo needle in their lives.

Collector flash is unique to tattoo artists. They are designs made specifically by the artist in their preferred style or of their own interests. An artist keeps these within their own portfolio and shows them to clients upon request. If you want a unique tattoo from a specific artist in their own style, this would be the way to go.

In most cases, an artist will not repeat their own pieces. If you find one by an artist you like, make an appointment to talk to them about their process. Special flash events are common at most tattoo parlors.

From holiday specials to fundraising events, artists create a set of tattoos they will do for an entire day or month..

What do tattoo artists use for flash?

Supplies for Drawing Tattoo Flash – You’re ready to begin drawing tattoo flash. Now is when you need to invest some money in quality materials.

How long do flash tattoos last?

You may have recently spotted a metallic-adorned shoulder blade, wrist, or inner arm and wondered: What is that? You’re looking at Flash Tattoos , graphic gold and silver temporary tattoos (not to be confused with glitter tattoos, which got me excited when I was 12—or the metallic tats that Dior once made and were sadly limited edition).

How long does it last? Around four to six days, although scrubbing with soap in the shower or applying lotions can drastically shorten your tat’s lifespan. How do you get it off? Soak a paper towel in baby oil, coconut oil, or any oil-based makeup remover, then rub skin to remove the decal.

Where can I get them? FlashTat. com. Fellow New Yorkers, I also found a good selection at Figue (268 Elizabeth Street). Tell us: What do you think of the metallic temporary tattoos? Would you wear them? More From Women’s Health : 7 Beachy Summer Scents That You Need in Your Life The 3 Lipstick Colors Every Woman Needs 17 Beauty Products So Amazing, You’ll Dream About Them at Night.

How much do you tip for flash tattoos?

Should You Tip After Every Tattoo Session?  – For larger tattoos—such as sleeves or backpieces—that require multiple sessions, you may be wondering whether you should tip a tattoo artist after each session or after the tattoo is fully complete. The general consensus is that tipping after each tattoo session is appreciated, since large-scale tattoos can take months or even years to complete.

“I wouldn’t go out to eat and say, ‘I’ll be back in a month for dessert and I’ll tip you, then,'” says Caldwell. “Sometimes projects can get delayed due to unexpected life events. If a client would like to wait to do it at the end, and they discuss that with their artist, then that’s understandable.

” Springer explains that she’s a bit more understanding with large-scale projects, and she doesn’t expect to be tipped after every session. “I think for larger projects it really comes down to preference, but if you wait until the end maybe give a little more generously,” she says.

How does a flash tattoo day work?

A flash sheet by Rachel Hauer, tattoo artist at East River Tattoo in Greenpoint, Brooklyn. Rachel Hauer/ East River Tattoo It’s like a flash sale for designer clothes, but you wear it for the rest of your life. The popularity of tattoo flash days, events where tattoos are sold first-come-first-serve at a discounted price, follows the growth of the tattoo industry. The Harris Poll found that in the U. 30 percent of adults had a least one tattoo in 2015. And a  IBISWorld market research report estimated the industry will grow to $1.

“I think we’re really in a golden age of tattooing,” said Rachel Hauer , a tattoo artist at East River Tattoo in Greenpoint, Brooklyn. The shop is covered in art. Taxidermy foxes guard the door. The last flash day she put on was on Easter Sunday. She drew the designs the night before, and posted her results, known as a “Flash Sheet” on Instagram.

She has over 52,000 followers. The sheet was full of whimsical bunnies and chicks. Her hourly rate is $300, but for this flash day each tattoo on the sheet is priced at $160 apiece. Hours before the event started, a line formed from the door to the end of the block.

Rachel Li from Queens and a friend got in line six hours early to make it first in line. “We’ve been to other flash events where we’ve been beaten by other people,” she said. “The last flash event we went to together, there was a group of three that got here at five in the morning.

” Anna Felicity Friedman , an author and tattoo historian, said that although flash days can draw in huge crowds, they aren’t much of a money maker for either “street shops” or “elite shops. ” She defined street shops as less expensive parlors that specialized in stock designs that people can easily walk in and get.

Elite shops, such as East River Tattoo, are more expensive and typically do custom pieces that can take multiple sessions to complete. “A street shop would be In-N-Out and an elite shop would be having a custom chef that cooks in your own home,” she said, using a food analogy.

Where as a street shop might benefit significantly from the uptick in traffic that a flash day provides, the benefits for elite shops, whose tattoo artists already have huge followings is less clear. For customers, tattoo flash days bring out the collector’s spirit.

“People have the capacity to collect small versions of artwork by their favorite tattooers in the same way that a consumer of fancy sneakers or fancy handbags is able to go around and collect different brands,” said Friedman. Where as some might get a tattoo that holds a significant meaning to them, for those that go to flash days, the significance comes from the artist themselves.

Many people echoed this while waiting in line for Hauer’s Easter flash day. “I love Rachel Hauer a lot and anything that she could have done I probably would have showed up for,” said Maureen Flacke, an interior design student at Pratt Institute, who got to the event over three hours early to sign up.

On the business side, Hauer and other prominent tattoo artists don’t need to put on these events, which can be stressful and guzzle up supplies. Even if Hauer does a flash day where she tattoos 15 designs at $160 apiece, eight hours of tattooing on a regular day would make her about the same amount.

However, some tattoo artists worry about the negative effects that flash days might have on their work. Landon Morgan works at Leathernecks Tattoo in Park Slope, Brooklyn. He has a big bushy beard, and his shaved head is decorated with a serpent coiling around five swords.

Although he stopped doing flash days for business, he continues to do them for charity. One of his favorite charities is the Long Island Bulldog Rescue. He made a bulldog-themed flash sheet for them, each design at $50 apiece, and donated 90 percent of the proceeds from his flash day to the charity.

You rely on Marketplace to break down the world’s events and tell you how it affects you in a fact-based, approachable way. We rely on your financial support to keep making that possible. Your donation today powers the independent journalism that you rely on.

Flash Tattoo – There are pros and cons to every tattoo type. Flash tattoos are easy to draw and can be completed in one sitting. If you can’t think of a specific idea but are itching to get some new ink, this might be the way to go. They’re also usually less expensive because it takes less time and effort from your tattoo artist. 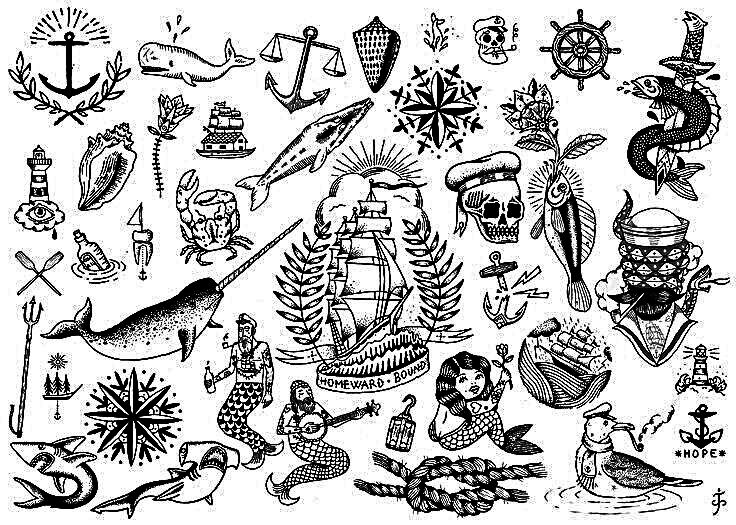 If you don’t care that other people might have the same tattoo, then this is the best option for you. You’ll save time and money. A flash tattoo is also best when you’re overwhelmed with choices and want to narrow down what you want. A flash sheet organized by theme can be really helpful when you sort of have an idea of what you want.

How much does flash usually cost?

Flash Tattoos They are often smaller and cost less due to the stock quality of the image. These are popular tattoos for special promotions such as Friday the 13th. They typically have a cost of roughly $50 depending on the level of color and detail involved.

How much do you tip a tattoo artist for a $50 tattoo?

Tipping amount based on tattoo cost: –

Tattoo cost is one way to determine your tip, but you can also base the tipping amount on the type of tattoo you’re getting.

Is there a tattoo for 6 months?

This technique is controversial because the ink ingredients could be toxic and, in many cases, last much longer than expected. Henna tattoos are another semi-permanent method that can last up to 1 month, depending on exposure to water.

After some time, they fade from black to brown and then orange before disappearing. Since henna can cause allergic reactions, experts recommend patch testing.

What does lightning tattoo mean?

Lightning is often used as an analogy for emotions, like fear, admiration, clarity, inspiration, and creativity. It’s seen as a primal force, much like our basic emotions and instincts, and the volatile nature of lightning makes it a great symbol for primal urges.

How Much Does A Forearm Tattoo Cost?

What Does A Medusa Tattoo Mean Tiktok?