Army Tattoos – Patriotic Tattoos That Will Make You Cry With Pride

Army tattoos were not always allowed. Prior to April 2015, soldiers could only have four tattoos below their elbows or knees. The tattoos couldn’t be bigger than the wearer’s hand. However, now there are no limits on the size or number of tattoos soldiers can get on their body. Face, neck, and hand tattoos still remain against regulation as well as derogatory and sexist tattoos. One exception was made for the hand tattoos. Soldiers are allowed to have one ring tattoo per hand.

Army Tattoos that show how to support the troops through ink. These badass tattoos are for men and women, with incredible art. Support your country!

We do not think about soldiers often. Actually, we do not think about men who fight for our countries at all. But, they think about us all the time, and when they have some time they also think about tattoos. Army tattoos are not like typical tattoos you see from day to day. The usually look ‘tough’ and feature symbols typical for the army. For example, Marines often tattoo devil dogs, globe, anchor, and eagles. Navy often tattoo ships and anchors, while those in the Air Force tend to depict eagles and flight.

We have prepared so many amazing army tattoos for those in the army, coast guard, marines, or even those who simply like such tattoos. In this article, you will find everything from dog tags to incredible tributes to fallen soldiers. 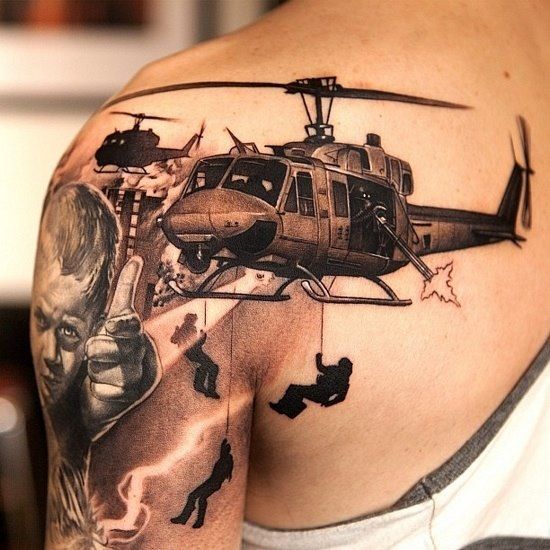 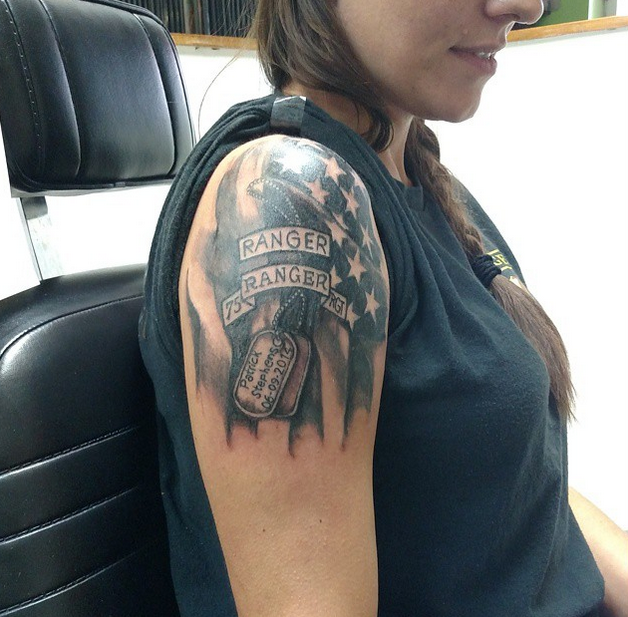 Did you ever wonder why do soldiers want to get army tattoos? Some of them simply like tattoos. But, most of them get these tattoos as an additional sign of love and loyalty to their country (as if risking their own lives wasn’t enough). As we all know it, being a soldier is not easy. Sometimes, after all the horrors they have seen, soldiers need to remind themselves why are they still doing it. The only way to have a permanent reminder and an inspiration to keep fighting is by getting a tattoo. 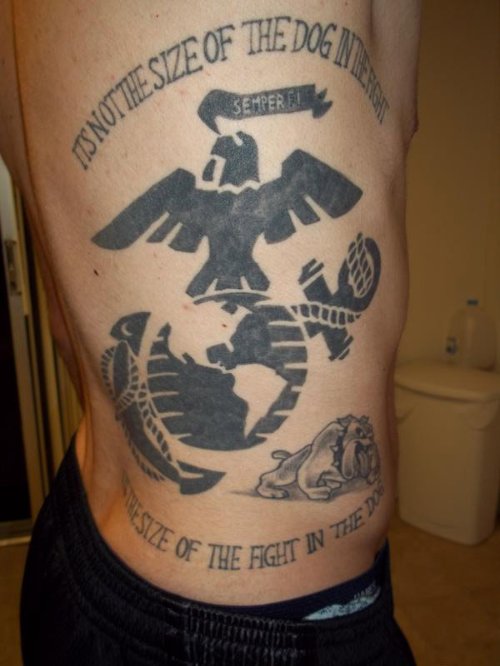 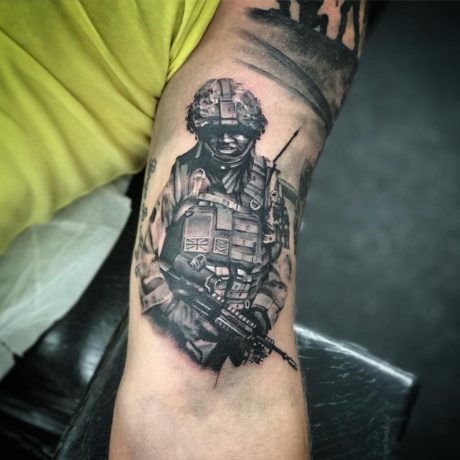 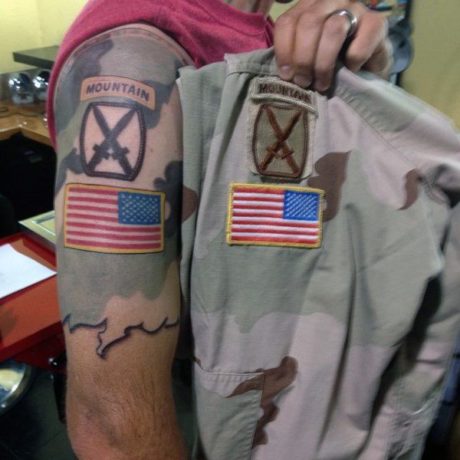