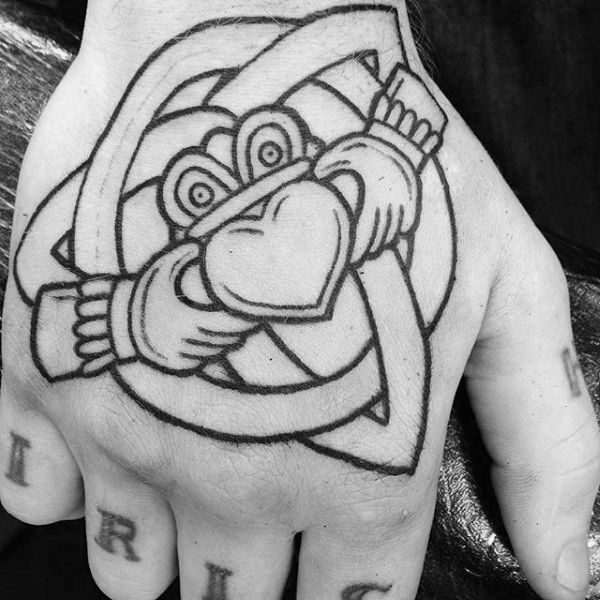 Celtic claddagh tattoos have gained an offbeat status in tattooing world. Claddagh heart tattoos, claddagh ring tattoos are designs not only worn by Irish people, but also by not-Irish people.

The Claddagh is a symbol created by coalescing three facets. The heart is existed at the axis, around which two human hands are clinched, and a crown honors on head of the heart. These three facets have their own meaning – the heart means love, the hands indicate friendship and the crown is a supplementary for indicating loyalty.

Actually, behind this passionate and committed love symbolism of claddagh a story of Irish men from sixteenth century is responsible. A men who was captured by another country’s king and he was jewelry maker. During his capturing times, he created this imagery of claddagh ring by Gold. After pleasing from his talent he was offered many pleasant offers to stay in that country as a citizen, even he was offered to marry daughter of king. But he refused all that offers and came back to his motherland to marry his long time beloved. It’s also known that during his capturing, he sent that claddagh ring to his beloved, requesting him to wait for him. And she waited for him.

A love quote often worn by wearers with claddagh tattoos. Claddagh rings are often used by Irish to indicate different things. If someone wears a Claddagh ring on right hand, there can be two meanings related with it, depending on how it is worn. A ring on the right hand facing innermost means he or she is committed, while one pointed outer means she is single and available. On contrary to this a ring on left hand indicates that she is happily married. Claddagh tattoos are also coalesced with many Celtic designs.

With stereotypical designs so many modern claddagh tattoos designs are presented here. 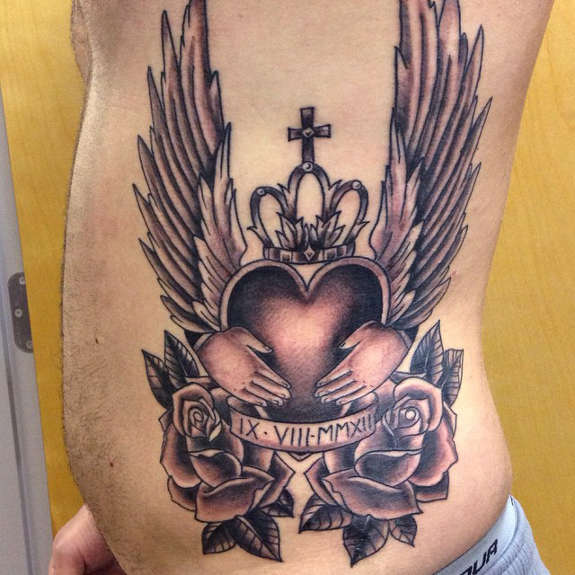 © Cory Dufault. Wings claddagh tattoos. An irresistible claddagh wings tattoo worn by a men with roses. Roses and wings are supplementary to this for indicating liberty of committed and passionate love. And cross for God help for his love. 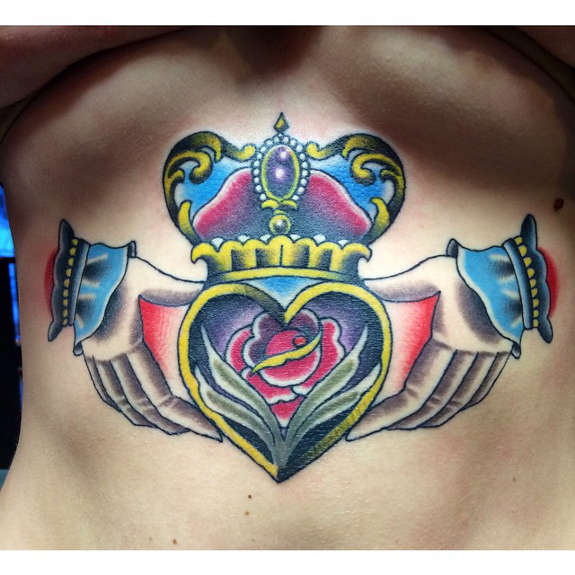 © Mj Beaton. Stereotypical claddagh tattoo worn by a women under her breasts benevolently. 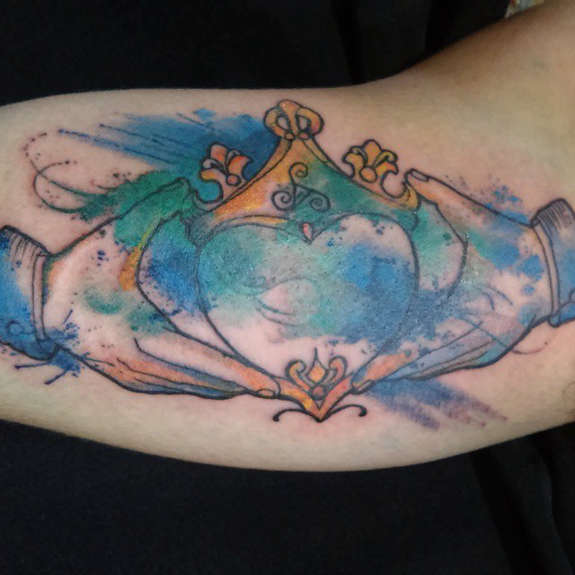 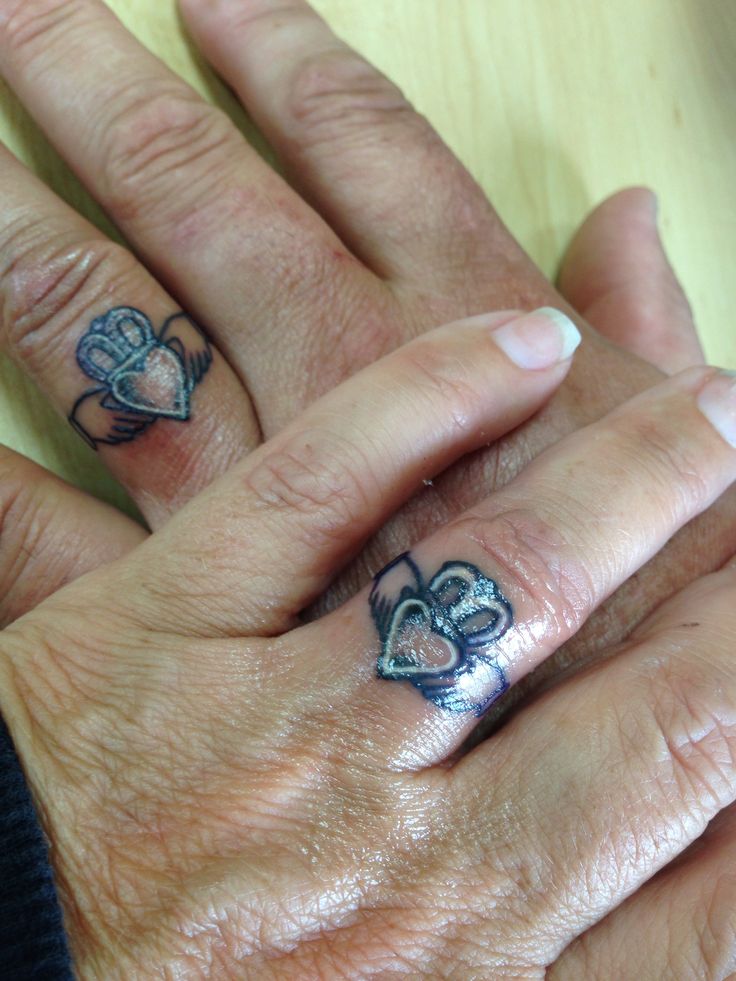 © Johnny Trend Kill. A neo-traditional claddagh ring tattoo worn by a women. So, many modern facets are supplementary to this stereotypical design. 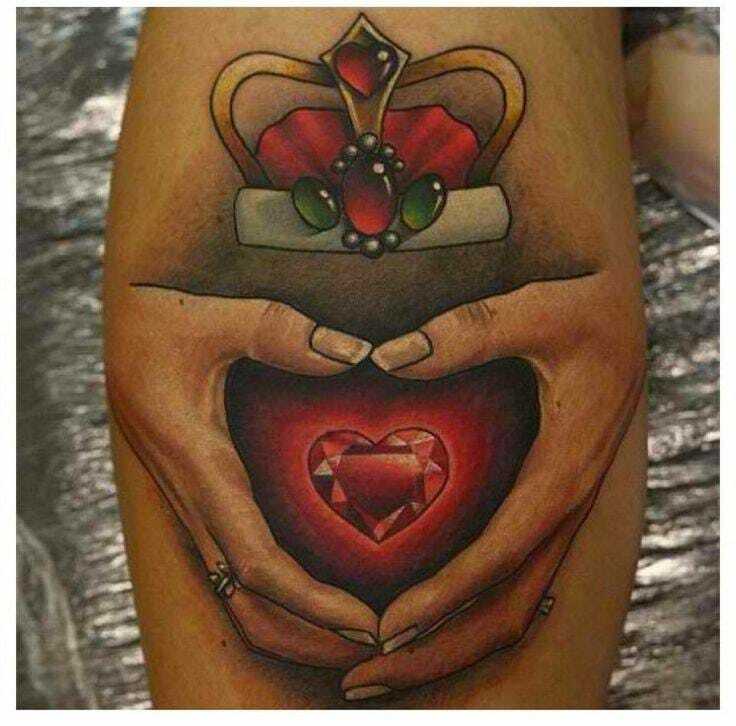 © Audrey Mello. An irresistible claddagh heart tattoo worn by a guy on his leg. Background beams are supplementary. 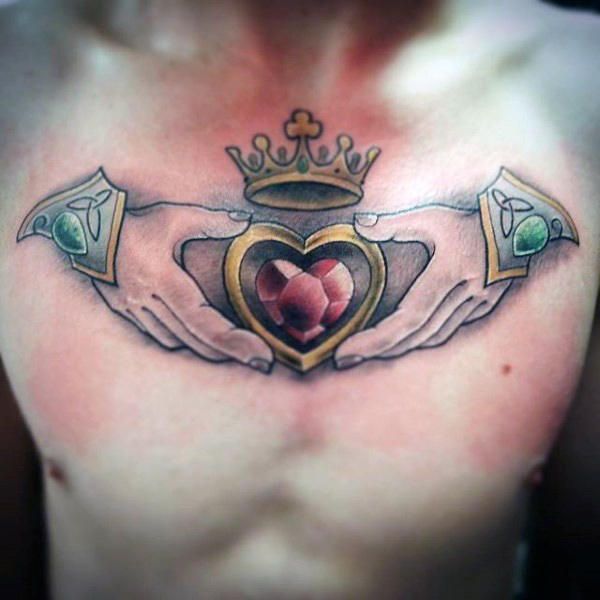 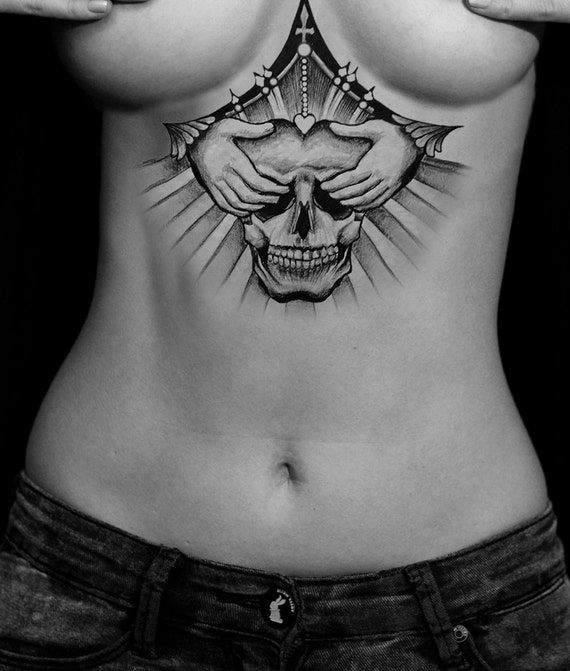 © Ablink Ink, Catherine Dolch. Skull claddagh tattoo worn by a girl on her sternum benevolently. Actually, she used skull in place of heart may have her own meaning. May be she is indicating her commitment for dead love. 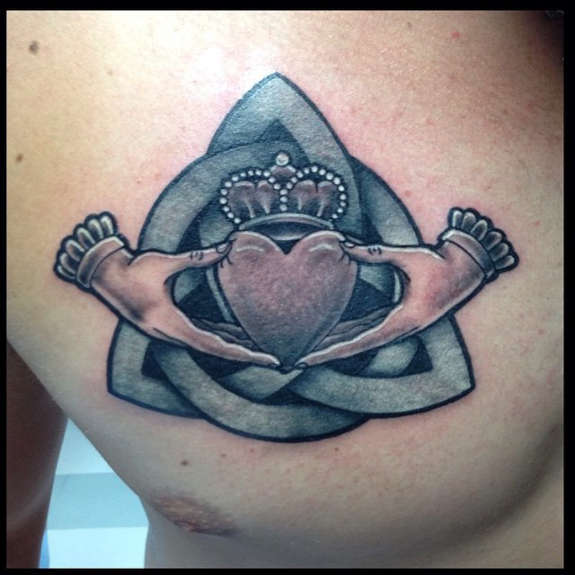 © Deep Six Tattoo, Foul Krod Tattoo. Celtic claddagh tattoo worn by a men on his chest. That’s a trinity symbol. By going this way you can pay homage to your Celt culture as well your love. 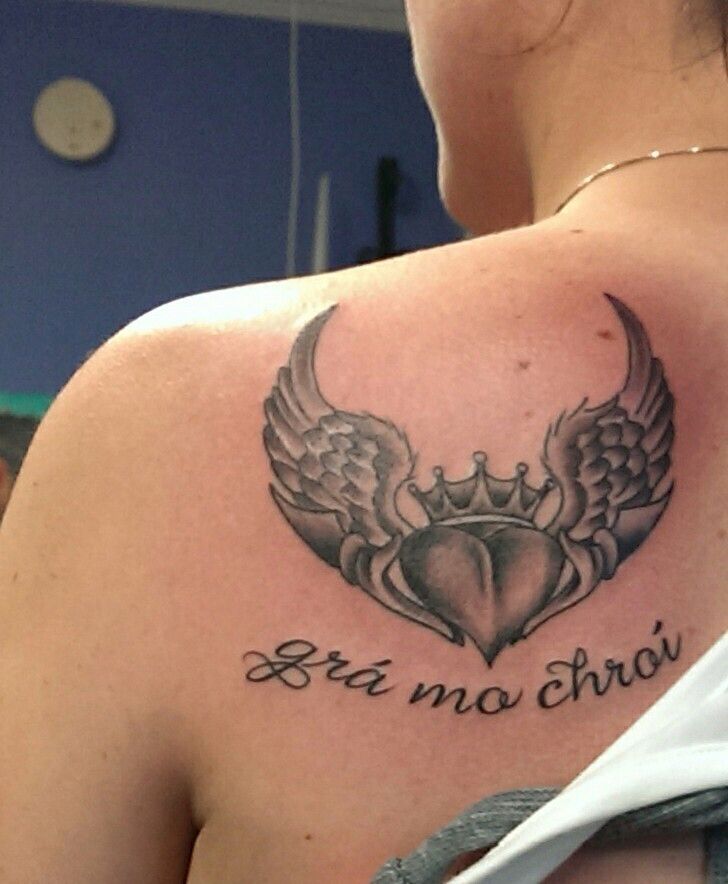 © Sarah Grossman Ink. Heart claddagh tattoos. Instead of using stereotypical heart you can used an anatomical heart at the axis of your tattoo. Wings are covering that heart, it means her love is protected by guardian angel. 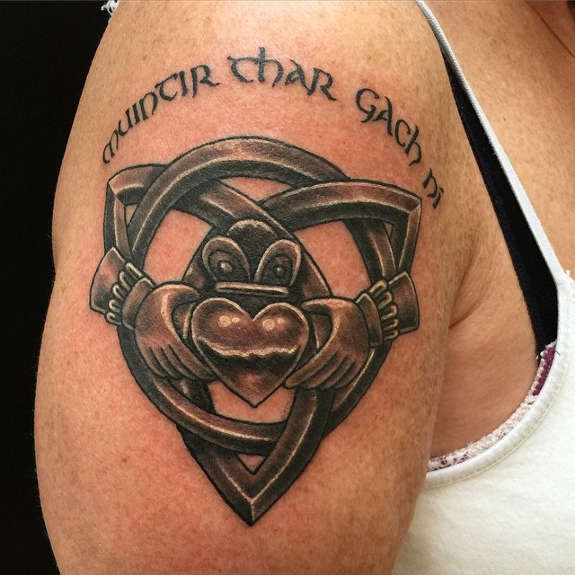 © Ben Matthews. Trinity claddagh tattoo worn by a men on his arm benevolently. 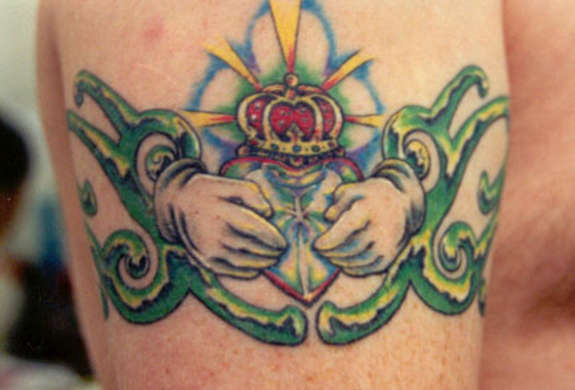 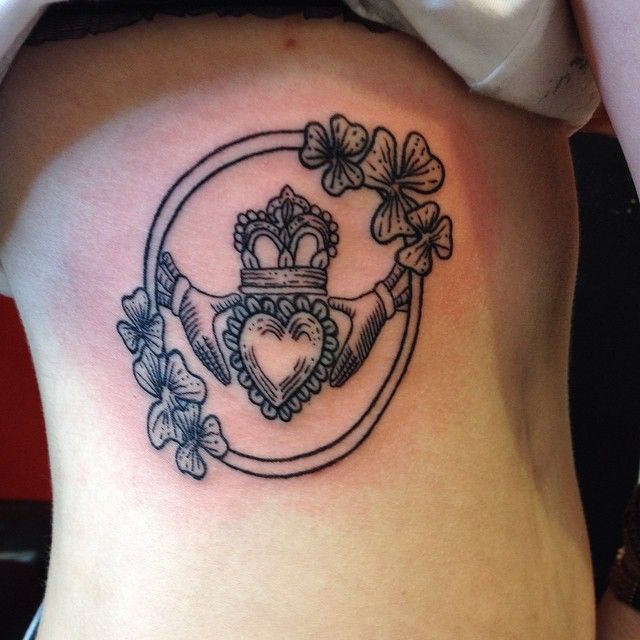 © Carl. Celtic claddagh tattoos. Claddagh may indicate love for parents or siblings. Here dad claddagh is worn by a girl for this father. Irish moms used to gift claddagh ring jewelries at their daughter weddings. 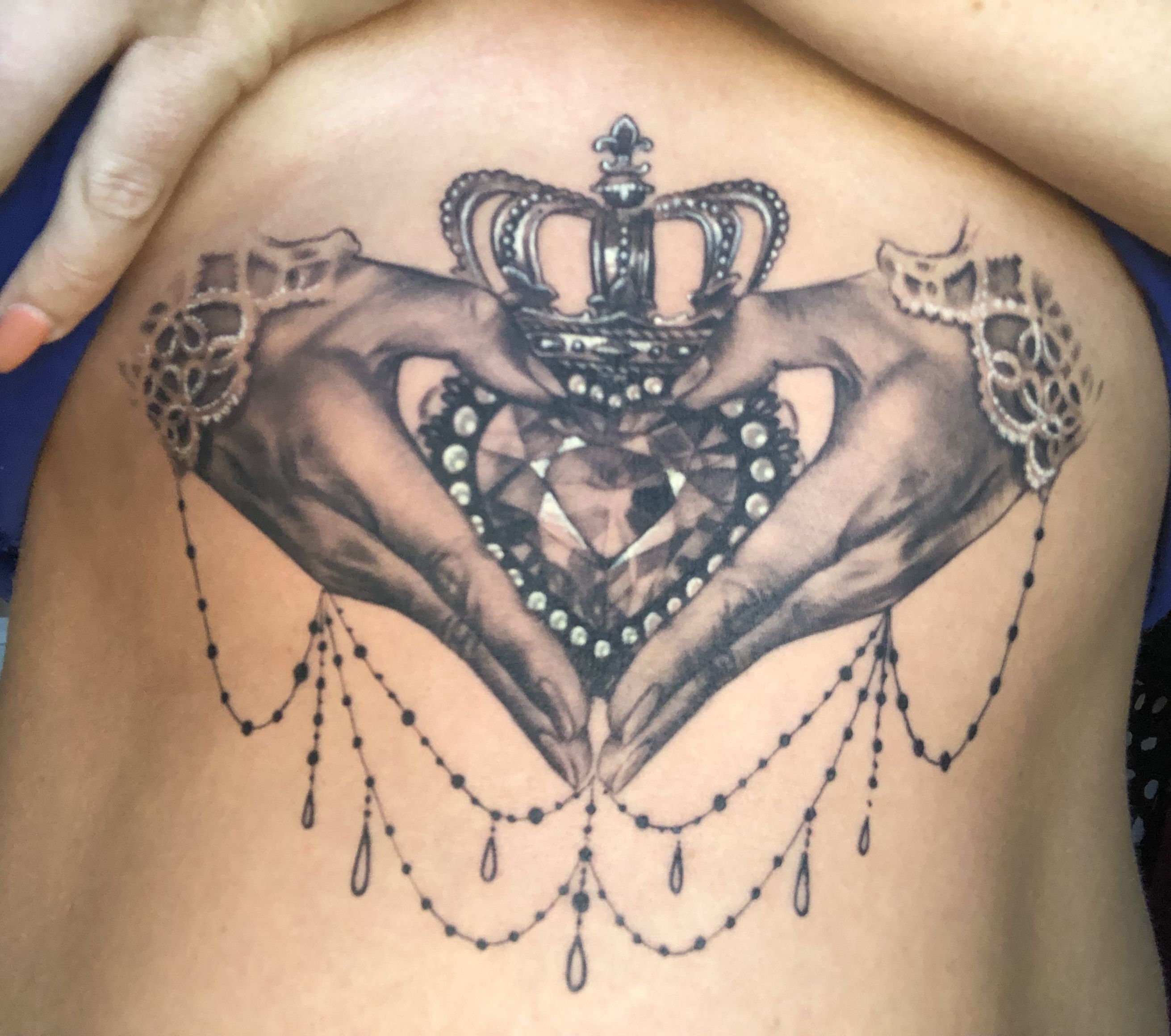 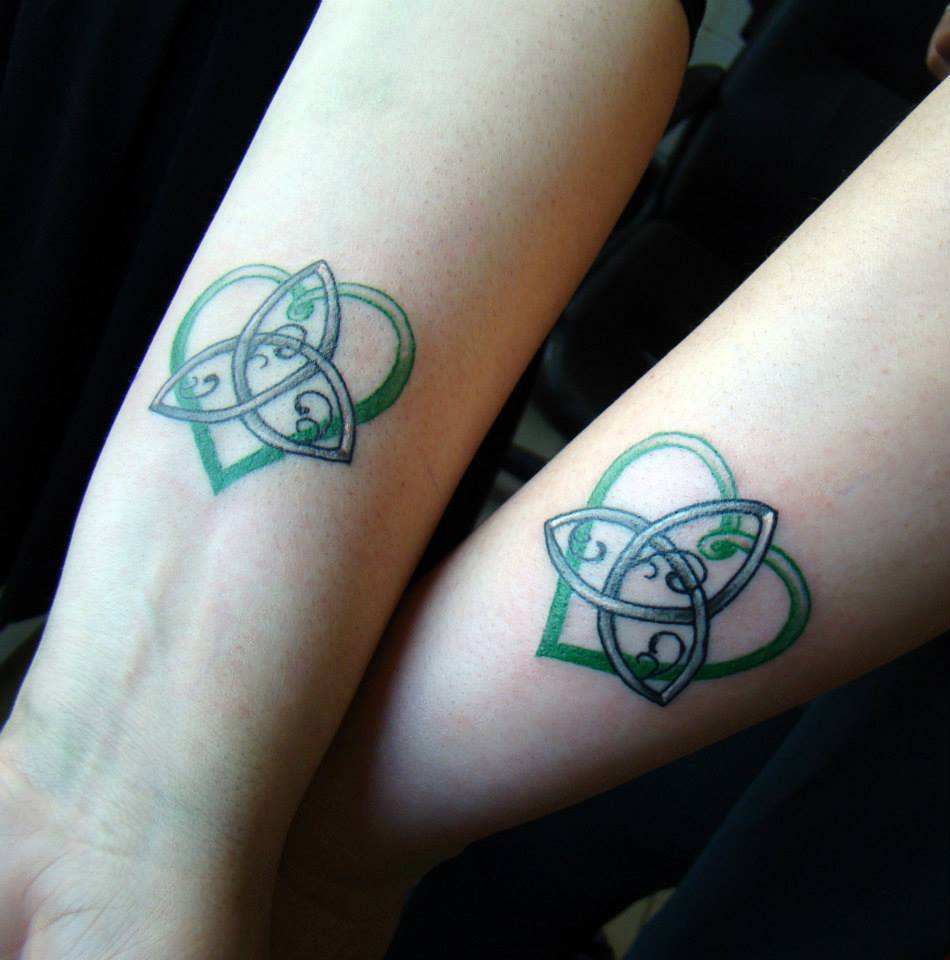 © Number One Taylors. Celtic claddagh tattoos. Many married or engaged couple got this sort of claddagh tattoos for indicating their passionate and committed love. Here they got Celtic knot wristband with a Claddagh at axis with kids birthstones as jewels in the crown. 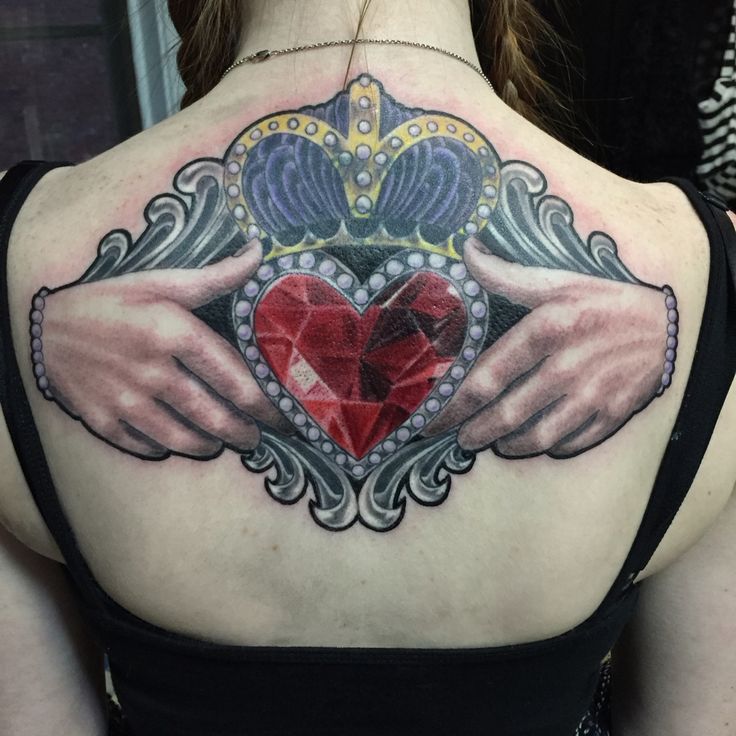 © Robby Adams Wreckage. Feminine claddagh tattoos for girls. An irresistible claddagh tattoo worn by a women on her back. This is also a neo-traditional design, modern purple heart in place of classical red heart is used here. 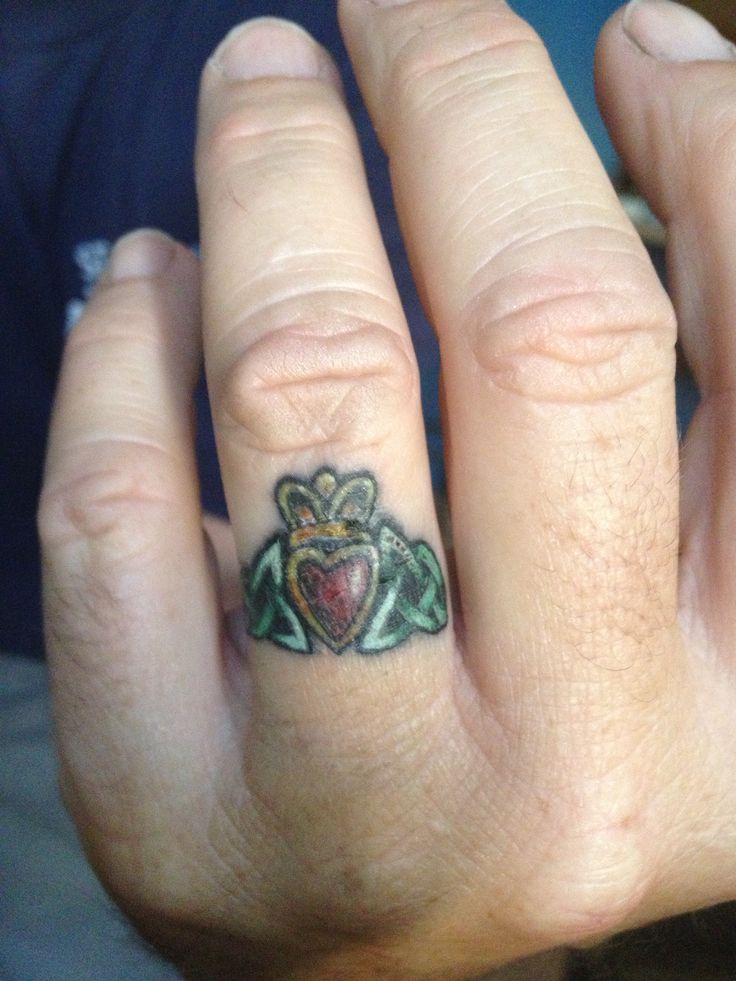 © Riot Girl. Claddaghs are also worn as wedding pieces. You can have your half-better names as supplementary with your claddagh tattoo. But for long run it may not be meaningful for some. 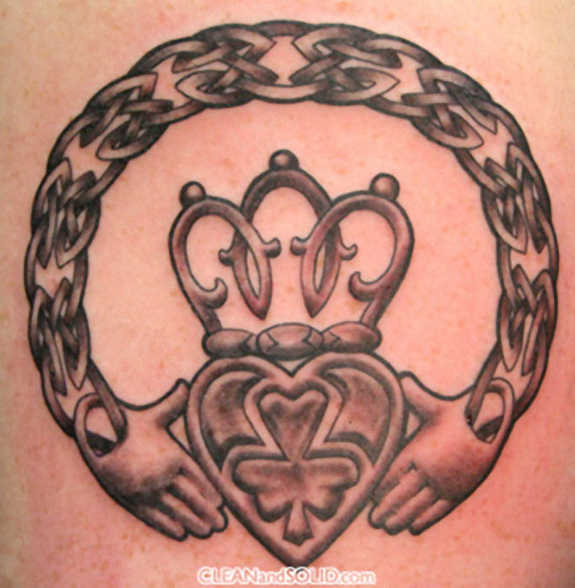 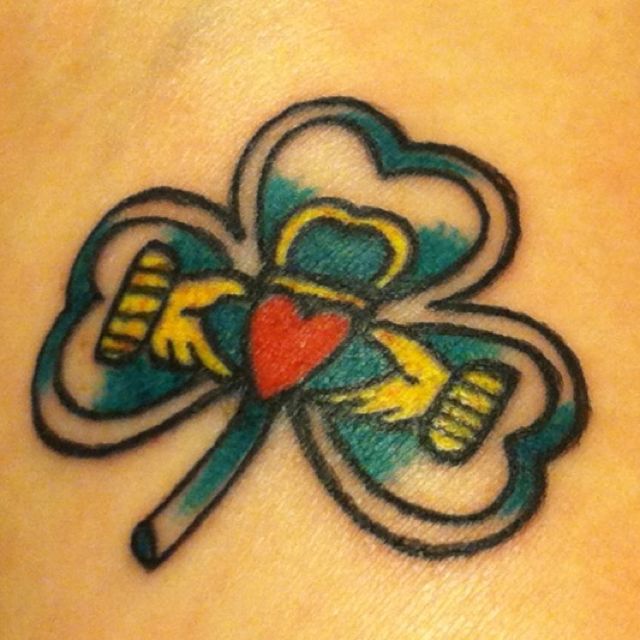 © Denise De La Cerda. Irish shamrock claddagh tattoo can be irresistible, if done with many other Irish facets. 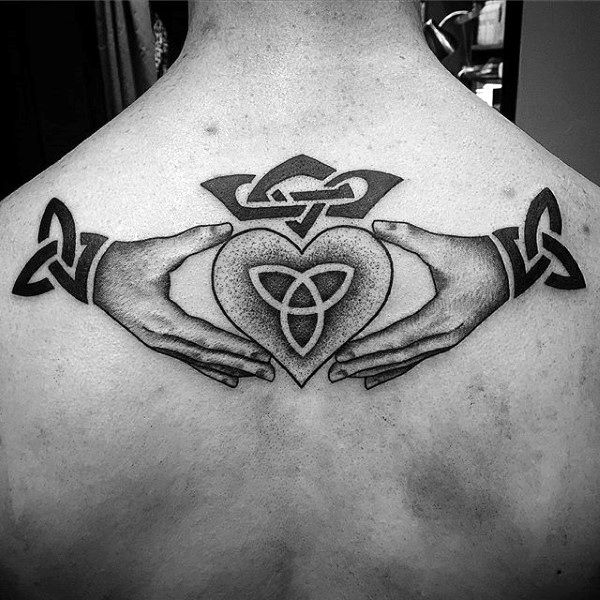 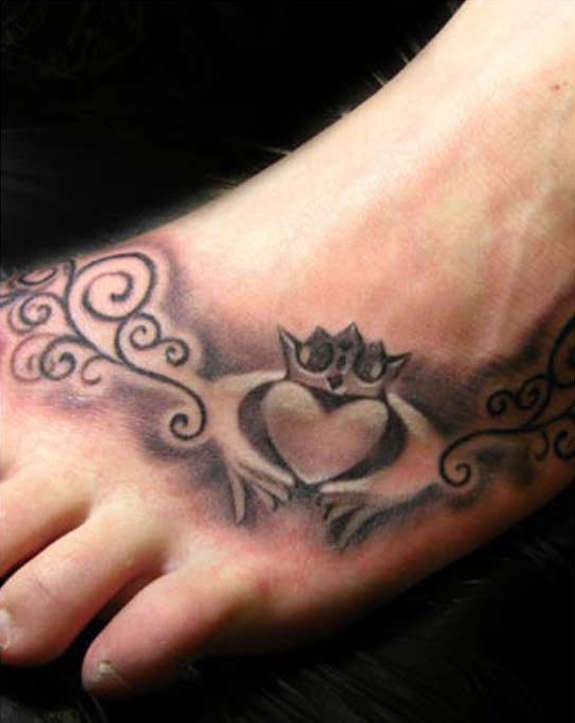 © Jessica Emillie, Tattoos by Masami. Claddagh tattoos on foot. A simple claddagh can be adorn by some decorating designs. We are sure that you have found a beautiful tattoo idea for you from the list of these claddagh tattoos designs.

101 Best Friend Tattoos That Are Genius and Touching!